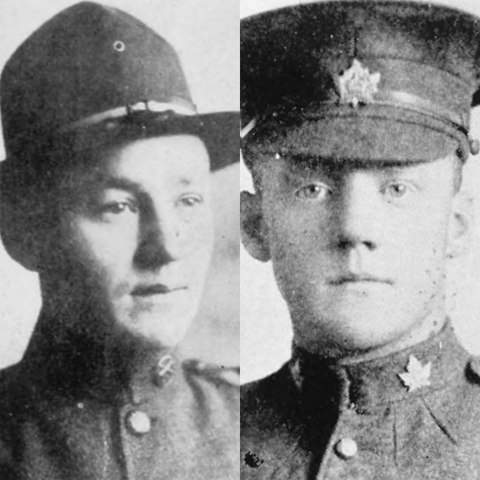 The siblings were born in Winnipeg, MB to Icelandic parents Sigurður Erlendsson and Metonia Indridadottir. They had six additional siblings, three boys and three girls.

Cully Wilson (a right winger) won two Stanley Cups during his playing career (with the Toronto Blueshirts in 1914 and with the Seattle Metropolitans in 1917). He also played with the Toronto St. Patricks, Montreal Canadiens, Hamilton Tigers and the Chicago Black Hawks in the NHL.

Harry Wilson played with the Winnipeg Somme in the Winnipeg Military Hockey League, as a cover point (defense), during the 1917–18 season.