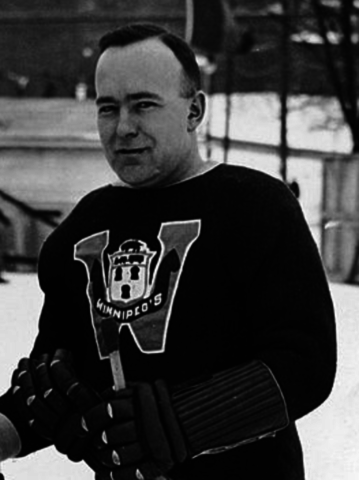 Cockburn's early Hockey career began in 1917, first as a member of Winnipeg's juvenile Tammany Tigers, Manitoba champions in 1917-18, and then their junior and senior Tammany Tigers teams, with whom he also played baseball and lacrosse.

Cockburn worked for the Royal Bank of Canada in Winnipeg, and played on their Hockey team, winning championships in 1921-22, 1924-25 in the Winnipeg Bankers Hockey League, and champions of the Winnipeg Commercial Hockey League in 1925-26.

Cockburn moved to Montreal, Quebec to work and play Hockey for the Royal Bank team in the 1926-27 season. He also played for the Montreal Victorias, backstopping them to the 1928 Allan Cup finals, where they lost to the University of Manitoba Varsity, a team Cockburn new well.

Cockburn decided to give up the banking employment, and returned to Winnipeg for good in 1928, starting a new career as a grain merchant. Upon returning to Winnipeg he joined the Winnipeg Senior Hockey Club (Winnipeg Winnipegs) as their goalie.

Cockburn's greatest sporting achievement came as the captain and goalkeeper for the Winnipegs that won the Allan Cup championship in 1931, The Keane Memorial Cup as Winnipeg Champions, the Pattison Cup as Manitoba Champions, as well as the Gold Medal and Olympic Championship in Lake Placid, USA in 1932, the only time in Olympic history that Team Canada has been captained by a goaltender.

Cockburn had 2 shutouts in the 1932 Winter Olympics, and only allowed 4 goals in 5 games played.

In 1932 he was runner-up for the Crowe Award as Canada's Athlete of the Year.

After retiring, Cockburn coached junior and university Hockey in Winnipeg, including coaching and managing local teams such as the Brokers Hockey Club and the Dokey Tigers.

Bill Cockburn was inducted into the Manitoba Hockey Hall of Fame in 1990.

The 1932 Winnipeg Hockey Club / The Winnipegs are on the Wall of Champions in the Manitoba Hockey Hall of Fame.