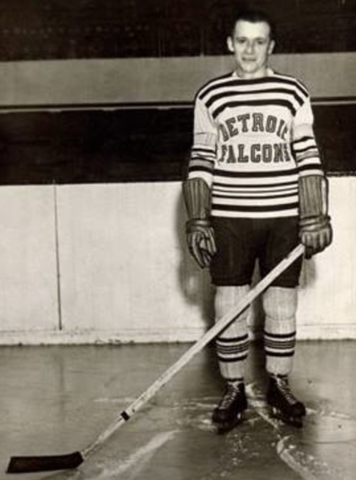 Cooper played for the OHA Senior league's Hamilton Tigers from 1917 to 1924, scoring 116 goals over 6 seasons. Cooper was resistant to turning pro, mainly because he was being paid so handsomely under the table to remain an amateur. In 1924-25, the Boston Bruins, struggling desperately to assemble a team prior to their first NHL season, used blackmail to get Cooper’s name on a contract, gathering evidence of these illegal payments and threatening to take it to amateur Hockey officials if he didn’t turn pro with them. Cooper played his first professional Hockey league game as a member of the Bruins in 1924. He played in only 12 games that year because of a knee injury, scoring five goals and eight points.

In the 1925-26 season, Cooper played in 36 games and was an offensive powerhouse, scoring 28 times, and the credit for Cooper’s touch around the net was given to his deadly accurate flip shot, a move which earned him the handle "Shovel Shot." The following year, Cooper got off to a slow start with 4 goals in 10 games was traded to the Montreal Canadiens in exchange for Billy Boucher in January, 1927. In 14 games with his new club, he scored 9 goals and 3 assists.

After a year out of professional Hockey, Cooper joined the IHL's Detroit Olympics where he served a dual role of player and assistant coach, contributing 17 points.

Cooper played one more year with the Olympics and the Windsor Bulldogs before retiring after the 1934-35 season.

Cooper later returned to the Detroit Red Wings, and was a long time scout. Among Cooper’s finds were Hall of Famers Ted Lindsay, Red Kelly and Harry Lumley. Cooper's name was engraved on the Stanley Cup in 1950, 1952 with Detroit as a scout.