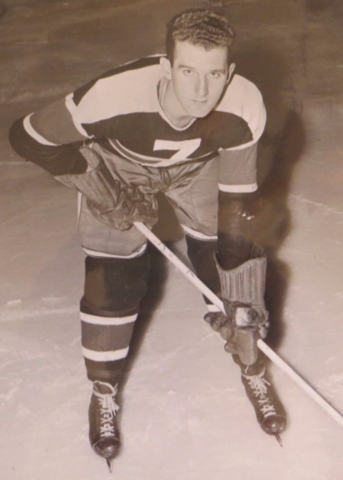 Manson spent four years in the MJHL with four different clubs. His best season was 1946-47 when he led the league with 19 assists and 41 points as a member of the Brandon Elks.

The Boston Bruins prospect played one game for the Bruins in 1947-48 the spent the rest of the year as a productive scorer on the Boston Olympics.

In February 1949, Manson was shipped to the New York Rangers to complete the trade that saw Grant Warwick end up in a Boston uniform. He recorded an assist in one game for the Rangers.

Manson had 30 points in 41 matches for the New York Rovers that season. Manson then spent eight years as a prolific scorer in the minors before retiring in 1957 when playing for the Brandon Regals. Along the way he topped the 20-goal mark seven straight years and was the top point getter in the 1954 WHL playoffs when he helped the Saskatoon Quakers reach the finals.