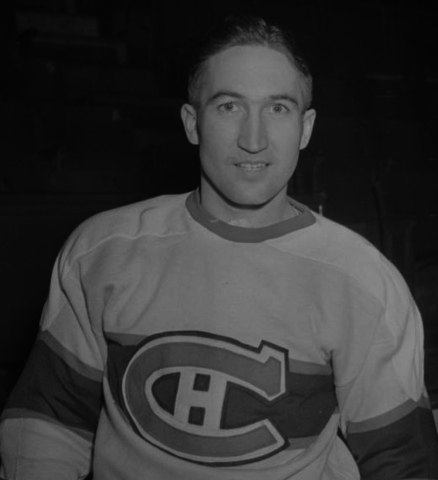 Hiller played his first junior Hockey with his hometown Jr. B Kitchener Empires in 1932.

Hiller then signed with the Sudbury Cub Wolves, and played there for 2 seasons from 1933 to 1935. He joined the senior Sudbury Frood Miners in the 1935-36 season.

In the spring of 1936, Hiller joined the local team that was sponsored by the Falconbridge Mining Company in Sudbury. They were known as the Sudbury Falcons / Falconbridge Falcons, and went to the finals of the 1936 Allan Cup, losing to the Kimberly Dynamiters.

Hiller then went to England for the 1936-37 season, playing for the Harringay Greyhounds of the English National League. After a solid season with the Greyhounds, scoring 22 goals, 11 assists, Hiller was lured back to the USA, where he signed with the New York Rovers for the 1937-38 season.

Hiller had another strong season, now with the Rovers, and after scoring 26 goals, 30 assists in 43 games, the NHL New York Rangers signed him on February 24, 1938, and he made his NHL debut on February 26 vs Toronto Maple Leafs at Maple Leaf Gardens in a 4-2 Rangers win. He played the final 8 games of the season and 1 playoff game with the Rangers.

Hiller scored his 1st NHL goal vs Turk Broda of the Toronto Maple Leafs at 19:45 of the 3rd period, then his 2nd goal 14 seconds later at Madison Square Gardens in a 6-2 Rangers win.

Hiller originally played on a line with Phil Watson and Bryan Hextall, he was switched to playing with Alf Pike and Snuffy Smith. Rangers coach Frank Boucher was quoted as saying "Nobody could keep up with Dutch. Nobody," and during the 1939-40 season, Dutch scored 13 goals, 18 assists in the regular season, then in the playoffs, he scored 2 gaols, 4 assists in helping the Rangers win the 1940 Stanley Cup championship.

The Bruins traded Hiller to the Montreal Canadiens on August 15, 1942. Hiller served as a defensive specialist with Montreal but put his speed to work when he got hold of the puck, picking up 14 points in 1942-43, and after playing in Montreal for 1 season, they loaned Hiller to the Rangers with John Mahaffy, Fern Gauthier, Charlie Sands and future considerations for the loan of Phil Watson, October 27, 1943.

Hiller was back in Montreal to start the 1944-45 season, where he had his best season as a pro, scoring 20 goals for the Canadiens, helping Montreal being awarded the Prince of Wales Trophy as NHL regular season champions. In 1945-46, his final NHL season, Hiller scored 7 regular season goals, once again concentrating on countering enemy forwards rather than putting points on the board, and they won another Prince of Wales Trophy as NHL champs. Come playoff time, his offensive talents came to the forefront with the versatile left winger contributing 4 goals and 2 assists towards the Canadiens’ 1946 Stanley Cup Championship.

Hiller's failing eyesight precipitated his departure from the NHL in 1946. An attempt at using an early, crude version of contact lenses failed to cure his problem. So Hiller wound out his Hockey career with the AHL Pittsburgh Hornets in the 1946-47 season, and then back in Ontario with the OHA Sr. Kitchener Dutchmen to finish his career in 1947-48.

Hiller later moved to California, and worked as a goal judge for Los Angeles Kings.