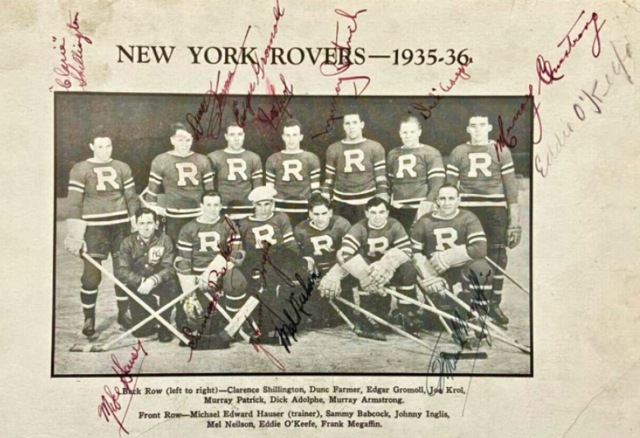 This is the 1st New York Rovers team.
They played in Madison Square Garden and were the farm team of the New York Rangers,