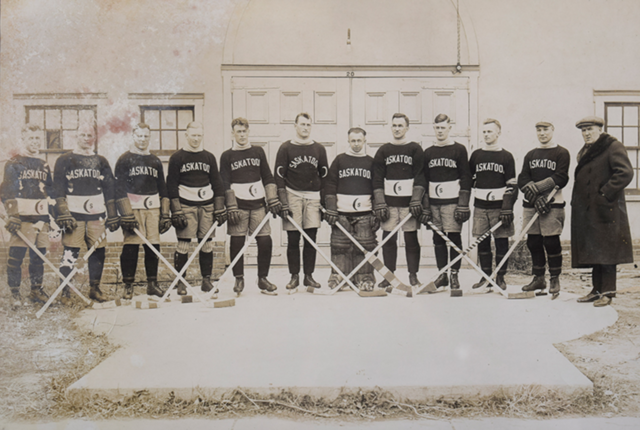 The Saskatoon Sheiks were in Grimsby to play the Stanley Cup champion Montreal Canadiens in a exhibition series.

Nine future hall of famers squared off against each other, including Vezina, Morenz, Joliat, Cleghorn, as well as Sheiks’ stars Newsy Lalonde and George Hainsworth.

“Some say it was the greatest collection of hockey talent ever assembled on Grimsby ice,”