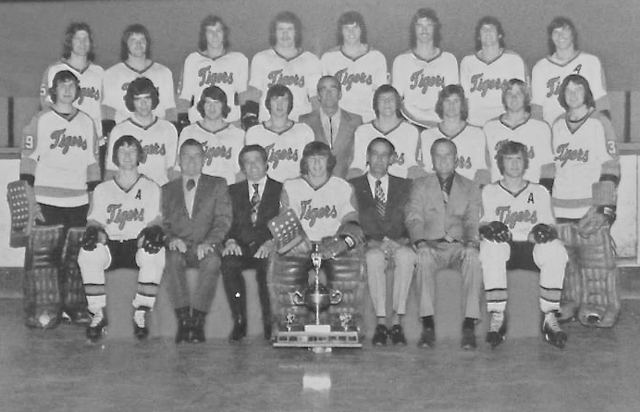 The Tigers were known as the Gassoff Gang - Bob Gassoff was the league’s toughest player and brothers Brad and Ken were no slouches, either.

The Tigers got the short end of the stick at the 1973 Memorial Cup championship series, as after the round robin play, the 3 teams had the same 1 win, 1 loss record, so the Tigers got eliminated on goal difference because they only scored 6 goals in the 2 games.

Tom Lysiak was voted to the 1973 WCHL All-Star Team.