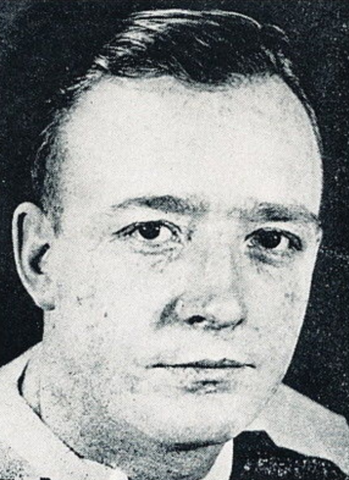 In 1930-31 and 1931-32, Wiseman played for the Chicago Shamrocks of the American Hockey Association / AHA before his NHL rights were transferred to the Detroit Red Wings from the Chicago Shamrocks (AHA) after AHA club owners purchased Detroit (NHL and IHL) franchises, September 2, 1932. Wiseman also played for their farm team, the Detroit Olympics during his three plus seasons in Detroit

Wiseman finished his NHL career playing two-and-a-half years with the Boston Bruins. Wiseman was traded to Boston on January 25, 1940. Who was the player he was traded for? The legendary Eddie Shore, along with $5,000. The Bruins were just looking to dump their aging and increasingly cantankerous star.

The Bruins did not regret acquiring Wiseman. He played well in Boston, especially in the following season. After a strong regular season that saw him score 16 times and assist on 24 others (6th best total in the NHL) for a career best 40 points, he led all NHL shooters with 6 playoff goals as the Bruins won the 1941 Stanley Cup championship, with a four game sweep of the Detroit Red Wings.

Wiseman would play one more year in the NHL before World War II interrupted and, for all intents and purposes, ended his Hockey career. He served with the Royal Canadian Air Force out of Saskatoon while also playing senior Hockey with the Air Force team.

Wiseman finished his Hockey career with the Montreal Royals from 1944 to 1945, and coaching the Moose Jaw Canucks from 1945 to 1946