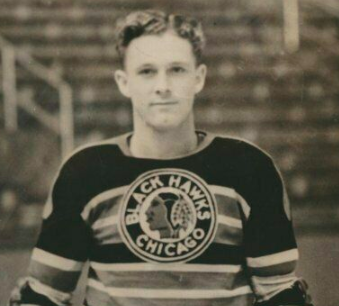 Smith grew up in the Ottawa area playing Hockey on the Rideau Canal, and would get his first taste of junior Hockey with the Ottawa St. Malachy's of the Ottawa City Junior League in 1930.

Smith would join the Ottawa Jr. Montagnards for the 1931-32 season, scoring 2 goals and 4 assists, and being called up to the senior team Ottawa Montagnards for one game.

The 1932-33 season saw Smith return to the Ottawa Jr. Montagnards, scoring 3 goals and 5 assists. Smith would join the senior Ottawa Montagnards for the 1933-34 season, scoring 5 goals and 6 assists.

Smith would then play one season for the Charlottetown Abbies in the Maritimes Senior Hockey League in 1934-35, and also play with the Saint John St. Peters Hockey team.

Smith would then cross the Atlantis and play in England for 2 seasons with the Wembley Lions in 1935-36 and the Wembley Monarchs in 1936-37 season.

Smith moved back to Canada after the 1937 season. He was signed as a free agent by the Montreal Maroons on October 7, 1937. After one season with the Maroons he was traded for cash to the Montreal Canadiens on September 14, 1938. He again would play just one season on the other side of town.

Smith was again traded for cash this time to the Chicago Black Hawks on May 15, 1939. He played the 1938-39 season in the IAHL with the New Haven Eagles. He cracked the Chicago Black Hawks lineup in 1940. He played there for one season before being traded to the Boston Bruins for Jack Portland on January 27, 1940. During the start of the playoffs in 1940, Smith suffered a concussion and strained knee, which kept him out of the lineup for the remainder of the season.

Smith enjoyed his most success in Boston. A talented Bruins team that had such players as Bobby Bauer, Flash Hollett, Milt Schmidt, and Roy Conacher joined Smith in a 4 game sweep of the Red Wings to win the 1941 Stanley Cup championship. Smith and Dit Clapper formed a solid defensive pairing, and both were very physical players.

Smith played his last games with the Springfield Indians of the AHL in 1947.

Smith laced up the skates yet again, this time to be a referee, in the AHL for several seasons.

Smith had 2 son's who would both play in the NHL - Brian and Gary. Gary Smith was a goalie, and was known by the moniker of "Suitcase Smith"