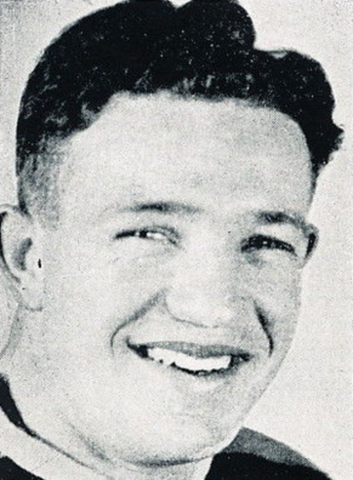 Bauer learned to play Hockey in a backyard rink, and after playing city Hockey in the Kitchener-Waterloo area, Bauer moved to Toronto and attended St. Michael's College, where as a 15-year-old in 1930-31, he starred on the Junior B St. Michael's Buzzers, then graduated to the Junior A St. Michael's Majors for three seasons between 1931 and 1934. In his final season with St. Mike's, and Bauer was a key member of the 1934 Memorial Cup championship team, scoring 10 goals and 15 points in 13 games.

Bauer played his final year of junior in 1934–35 with the Kitchener Greenshirts where he first played with Milt Schmidt and Woody Dumart, who was then a defenceman.

All three players were signed by the Boston Bruins, and Bauer was assigned to the Boston Cubs of the Canadian-American Hockey League (CAHL) for the 1935–36 season. He scored 15 goals for the Cubs in 48 games, then was promoted to the Providence Reds of the International-American Hockey League (IAHL) in 1936–37. It was with the Reds that Bauer as right wing, Schmidt at centre and Dumart, who moved up to left wing, were first placed together as a line.

Albert Leduc was the coach in Providence, and 'Battleship' Leduc had been a warrior for the Montreal Canadiens between 1925 and 1933. "He was the one who gave the name, the Sauerkrauts, or the 'Kraut Line.' He said, 'All you fellas come from Kitchener/Waterloo. There's a lot of people of German descent from there. We gotta get a name for ya - The Kraut Line!' We didn't mind. It was a name that kinda stuck to us."

Following a season in which Bauer recorded 18 points in 44 games with the Reds, the Bruins recalled him to Boston for the team's final game of the regular season. He made his NHL debut on March 21, 1937, and scored his first goal in a 6–1 victory over the Chicago Black Hawks.

The Kraut Line earned full-time spots in Boston beginning in 1937–38; Bauer recorded a team-leading 20 goals in his rookie season as the trio led the Bruins to the team's first of four consecutive Prince of Wales Trophy wins as the NHL's best team in the regular season.

Following a 31-point regular season in 1938–39, Bauer added five points in 12 playoff games and was named to the NHL's second All-Star Team. The Bruins eliminated the New York Rangers, then defeated the Toronto Maple Leafs four games to one to capture Boston's first Stanley Cup championship in ten years. In 1939–40, Schmidt led the NHL in points with 52 while Dumart and Bauer finished second and third respectively with 43 each. It was the first time in league history that three linemates finished in the top three spots in NHL scoring. Bauer was again named a second team All-Star, and with only two penalties in minutes (PIM), won the Lady Byng Trophy for the first time.

The Kraut Line helped the Bruins dominate the NHL during the late-thirties and early-forties. Dumart, the line's leftwinger, owned a heavy shot. Schmidt, the centre, was a tenacious worker, equally adept at scoring, checking and leading the Bruins. Bauer, small by NHL standards at 5'6" and 155 pounds, was the clever playmaker. "Bobby was the brains of the line," said Dumart several years ago. "He was always thinking and a very clever playmaker." Milt Schmidt added, "Bobby was our team. He was my right arm."

A 39-point season in 1940–41 with only two PIM earned Bauer his third consecutive appearance on the All-Star Team and a second Lady Byng Trophy. In the playoffs, the Bruins reached the 1941 Stanley Cup Finals where they defeated the Detroit Red Wings in four straight games. Bauer scored the Stanley Cup winning goal midway through the second period of a 3–1 victory in the deciding game.

Following the outbreak of the Second World War, trio were called to active duty in January 1942, forcing them to leave the Bruins midway through the 1941–42 season. In their final game with the Bruins, the Kraut Line recorded eight points in a dominating 8 to 1 victory over the Montreal Canadiens. Following the contest, players from both teams fêted the trio, hoisting them up on their shoulders and parading them around the ice. Bauer was overwhelmed by the moment: "The ovation, at the height of my youth, sort of grabbed me." Schmidt, Dumart and Bauer were the first NHL players to join the Royal Canadian Air Force, and while training in Ottawa, they joined the Ottawa RCAF Flyers of the Quebec Senior Hockey League (QSHL). The trio helped the Flyers win the 1942 Allan Cup as Canadian senior champions. Bauer was sent to Halifax to continue his training and played with the Dartmouth RCAF team in 1942–43. Bauer, who served as a radio technician, was dispatched to the United Kingdom where he, Schmidt and Dumart were members of a bomber squadron. However, he was returned to Canada in 1944 after being ruled invalid due to a bout of sciatica caused by an old Hockey injury. He played with a team in Toronto (Toronto People's Credit Hockey team) until the war's conclusion.

At the same time, anti-German sentiment led to efforts to change the trio's nickname. They were briefly called the "Buddy Line" and the "Kitchener Kids", "After the war, we got back to Boston in 1945-46 and went back to being the Kraut Line again. It was quite a handle. We enjoyed it said Bauer. We were all of German descent. My Mom and Dad were both born in Germany and came over to Canada at a very young age."

Returning to the Bruins for the 1945–46 NHL season, Bauer was reunited with his Kraut Line teammates. Unlike many players who had left for the war, he remained in peak form. However, after scoring 22 points that season, Bauer contemplated retirement. He chose to return for one additional season and was named the Bruins captain for 1946–47. Bauer had his best year in the NHL: he recorded a team-leading 30 goals and finished seventh overall in league scoring with 54 points. He was named to a fourth All-Star Team and won the Lady Byng Trophy for the third time. Following the season, he announced his retirement.

After leaving the NHL, Bauer went into business for a time with his father-in-law, Roy Bauer at the Bauer Skate Company in Kitchener. He also began his coaching career with the Ontario Hockey Association (OHA)'s Guelph Biltmore Mad Hatters. and later that year, Bauer regained his amateur status for the 1947–48 season, and joined the Kitchener-Waterloo Dutchmen in the OHA senior division as a player. After recording 15 points in eight games, Bauer scored 38 and 24 points in the following two seasons and helped the Dutchmen reach the OHA finals in three consecutive years between 1948 and 1950.

Bauer again retired as a player in 1950, but came back in 1951–52 for a final season with Kitchener-Waterloo. Late in the season, he also played in one final game with the Boston Bruins. The team was celebrating "Milt Schmidt-Woody Dumart appreciation night" and convinced Bauer to come out of retirement to reunite the Kraut Line for one game on March 18, 1952. In pre-game ceremonies, NHL president Clarence Campbell presented the three with gold watches, silver services and assorted other gifts of thanks in honour of their service to the team and sport. Their numbers were also retired by the Boston Bruins' organization. Early in the game, Bauer fed a pass to Dumart at centre ice, who skated in and fired a shot on goal. The rebound came out just outside the crease and Schmidt pounced on the puck and drove it into the net. Dumart immediately grabbed the puck and handed it to Schmidt. It was Milt's 200th career goal (at the time a rare feat; Schmidt was one of only five active players at that point to have reached the mark) and, appropriately, earned with the linemates with whom he had enjoyed his most glorious moments. The public address announcer read the scoring play: 'Boston goal scored by number 15, Milt Schmidt. Assist, number 14, Dumart and number 17, Bauer.' The Boston faithful roared like they hadn't in years. Bobby Bauer scored a goal and an assist in that final NHL game.

Ending his playing career, Bauer became coach, general manager and president of the Dutchmen in 1952. He coached the team to two OHA senior championships and Allan Cup victories in 1952–53 and 1954–55.

As the top senior Hockey team in the nation, the Dutchmen were sent to Italy to represent Canada at the 1956 Winter Olympics in Cortina. Bauer was pleased with the way his team adapted to European rules and the Dutchmen were expected to bring home the gold medal. However, Olympic rules demanded that any athlete who had ever played as a professional was exempt from competition, so several former pros who had been reinstated as amateurs for OHA competition with the Dutchmen needed to be replaced. Bauer had no alternative but to drop former NHLers Clare Martin, Jackie Hamilton as well as three others and replace them with Junior B players, and the team was shocked by the American entry, a 4–1 loss. Though they still had a chance at gold due to the round robin format of the tournament, the Dutchmen were defeated by the Soviet Union – at the time a relatively unknown and emerging Hockey power – by a 2–0 score despite outshooting the Soviets 23–9.

Canada was relegated to the bronze medal, at the time the worst finish in the nation's Olympic Hockey history. Nevertheless, the Dutchmen were greeted by 4,000 fans when they returned to Kitchener, and the city hosted a civic celebration in their honour.

The Dutchmen represented Canada again at the 1960 Winter Olympics in Squaw Valley, California. But it wasn't because they were the senior champions of Canada. In fact, the Whitby Dunlops had earned that title. But the Dunlops declined participation in the Olympics that year, and the Dutchmen were asked to take their place. Again, former pros needed to be replaced with amateurs. Harry Sinden of the Whitby Dunlops, later to coach the Boston Bruins, was added to the team as was future Montreal Canadiens' star, Bobby Rousseau.

Bauer was not even intended to coach the Dutchmen that year. Hall of Fame netminder Bill Durnan had coached the team in 1958-59 and had started the next season behind the bench but resigned early into the season, following a six-game losing streak. Bauer stepped in, earning a second opportunity to attend the Olympics as well. The Canadians lost only one game in the tournament, to the United States. The final game of the tournament had been scheduled between Canada and the Soviet Union as it was expected to be the gold medal match-up. However the Americans won all of their games. Consequently, the match determined the silver medal, which Canada claimed with an 8–5 victory.

After retiring as coach, Bauer continued as president of the Dutchmen. He later was a director of the junior Kitchener Rangers Hockey Club, and with old pal Woody Dumart, was a partner in the Three-Star Hockey Stick Company in Breslau.

Bobby Bauer is the brother of Father David Bauer, one of the most significant contributors to Canadian amateur and international Hockey, who convinced CAHA officials in 1962 to abandon the practice of sending a club team to represent Canada internationally in favour of building a true Canadian National Team. Bobby assisted his brother's efforts in creating the team by sharing his coaching knowledge and helping to formulate how the team was to be formed. The first national team played at the 1964 Winter Olympics.

Bobby Bauer was posthumously inducted into the Hockey Hall of Fame in 1996.