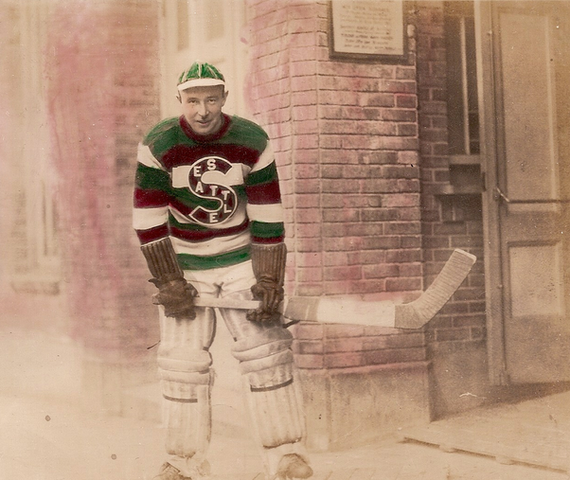 In the 1918–19 season Holmes appeared in 20 regular season games for the Metropolitans, winning 11 and losing nine, with no shutouts and a 2.25 goals-against average. In the PCHA playoffs, Holmes played two games, winning and losing one apiece, and surrendering five goals in total. The Metropolitans made the Stanley Cup finals once more. Playing against the Montreal Canadiens of the National Hockey League (NHL), the series was abandoned tied at two wins apiece, because of the Spanish Influenza pandemic. Montreal could not continue the series because one of their players, Joe Hall, was severely ill with influenza; however, the Metropolitans did not wish to accept the Cup by default. Hall eventually died on April 5, 1919, five days after the end of the series, in a Seattle hospital. The only draw of the series was a scoreless affair; after playing 20 minutes of overtime, referee Mickey Ion called the game off.

In the 1919–20 season, Holmes appeared in 22 games, winning 12 games, and losing 10. He finished the season with four shutouts and a 2.46 goals-against average. In the PCHA playoffs, Holmes played two games, surrendering three goals, and ending up with a loss and a win. The Metropolitans made the Stanley Cup finals for the second straight season, playing against the Ottawa Senators of the NHL. The Metropolitans lost, and Holmes posted a 2–3 record with a 3.00 goals-against average.

As a player, Holmes wore a baseball cap in net to protect his head from spectators spitting tobacco or throwing other objects at it. Holmes was bald, and as described by the Windsor Star, "his shining bald dome presented a tempting target". Holmes played a stand-up style, and relied on proper positioning to stop the puck. Holmes' play was consistent, and he was relaxed and nonchalant in the nets, leading some to describe his play as almost lazy.

The American Hockey League (AHL) named their award for the top goaltender, the Hap Holmes Memorial Award, after him.

v was inducted posthumously into the Hockey Hall of Fame in 1972.