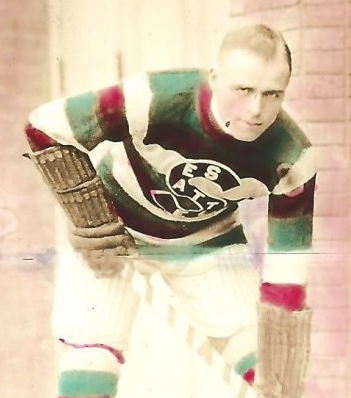 Born in Silver Mountain, Ontario, Walker grew up in Port Arthur, Ontario where his parents had lived since 1870. He played with various Port Arthur teams in the New Ontario Hockey League (NOHL).

On March 16, 1911 he and team mate Eddie Carpenter played for the Port Arthur Hockey Club against the Ottawa Senators of the NHA for the Stanley Cup. Carpenter and Walker each scored a goal but the Port Arthur team lost 4-13.

During the 1912–13 season, Walker and Carpenter played for the Moncton Victorias of the MaPHL.
Walker helped the 1914 Toronto Blueshirts, 1917 Seattle Metropolitans, and 1925 Victoria Cougars all win Stanley Cups in his career.

He was inducted into the Hockey Hall of Fame in 1960.