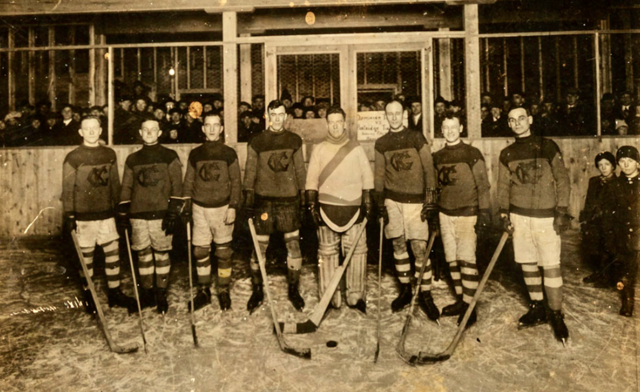 The Guelph Knights played at the Cambridge Ice Palace, which had its first year of action in 1919-20. The powerful City Amateur League would draw large crowds. There was no refrigeration — freezing weather outside made for better ice inside — and no heating in the galleries. Local fans called it "the coldest arena in Canada,"

The Cambridge Ice Palace got its name because today's Commercial Street was once, many years ago, the east end of Cambridge Street. The arena was also called the Cambridge Street Arena, or Mason's Arena, because for a time it was owned by Roy Mason, a local grocer.