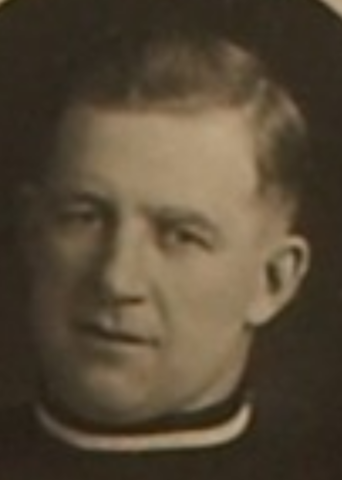 Adams is the only person to have won the Stanley Cup as a player, coach, and general manager.

As a boy, Adams was able to save enough money to buy his first pair of skates by doing odd jobs, including selling newspapers in local taverns. Adams became a rink rat, shoveling the ice at the local rink in return for free skating.

Adams played his junior Hockey in Fort William, eventually playing for his hometown Fort William Maple Leafs during the 1914-15 season.

Adams was 19 when he left home to play Hockey. "I moved to Calumet, Michigan to play in the Northern Michigan Senior Hockey League — a real blood and thunder deal," he recalled. Referred to by a journalist as a 'bobcat on blades,' Adams was playing against men in a survival-of-the-fittest league. Adams learned to fight in order to survive. It was a trait he would employ throughout his entire Hockey career, both as a player and administrator.

After playing with the Calumet Miners in 1915-16, Adams first joined the OHA-intermediate Peterborough 247th in 1916-17, then the senior Sarnia Sailors in 1917-18. While scoring 15 goals in just 6 games with Sarnia, Adams attracted the attention of several professional teams, also earning the reputation as a physical, bruising player, finally signing with the Toronto Arenas and making his debut that season in the newly-formed National Hockey League. That year, the Arenas downed the Vancouver Millionaires for the 1918 Stanley Cup, although Adams was ineligible to play in the final because he had joined the team too late in the season.

Adams played for the Arenas again during 1918-19, but was lured West to join the Vancouver Millionaires in the Pacific Coast Hockey Association after receiving a desperate telegram from team owner Frank Patrick. "Our team in very bad shape," it read. "Skinner has twisted knee cartilage and Duncan with shoulder ligaments both out of game for month or more. I would greatly appreciate if you would make a big effort to come and help us out. Situation desperate or would not wire you." Adams joined the west coast team and scored 9 goals and 6 assists, good for seventh place in league scoring.

In 1920-21, he finished fourth, firing 17 goals and adding 12 assists in 24 games. Curiously, Jack did something no other player has done before or since. In the final game of the regular season, Jack was credited with a goal he scored into his own net! For unknown reasons, after Adams accidentally put the puck in his own goal, the referee awarded Adams with having scored a goal, so he became the only player ever to be credited with an own goal. The Millionaires finished first overall that season, then went on to be PCHA playoff champions, but lost the Stanley Cup final to the NHL's Ottawa Senators.

1921-22 was an exceptional season for the young Adams. Jack won the league scoring championship with 26 goals and 4 assists in 24 games, when he centred a line with Alf Skinner and Smokey Harris. Vancouver again finished first during the regular season, and the Millionaires again won the PCHA playoff championship. That year, Vancouver was defeated by the NHL's Toronto St. Pats for the Stanley Cup. Adams was the star of the 1922 series, scoring 6 goals in 5 games.

Adams intended to quit Hockey when he got married in 1923, but a lucrative offer from the St. Pats took him back to Ontario for the 1922-23 season. He finished third in scoring that season, and also coached the team during the latter part of the season. In the next three seasons with the St. Pats, Adams finished eighth in scoring in 1923-24, sixth in 1924-25 and sixth again in 1925-26.

Adams was sold to the Ottawa Senators prior to the 1926-27 season and helped that team to a first place finish. That season, the Stanley Cup became exclusive to the NHL, and the Senators defeated the Boston Bruins to win the 1927 Stanley Cup championship.

The one-year-old Detroit Cougars franchise suffered through a horrendous maiden season. Their arena, the Olympia, had not yet been completed, and the team had played its home games at the Windsor Arena. With fan support numbering in the hundreds instead of the thousands, the Cougars won just 12 of their 44 games under coach Art Duncan. The team tried unsuccessfully to hire Lester Patrick, who had coached the Cougars in the Western Hockey League, but then, on the recommendation of Frank Calder, hired Jack Adams as coach and manager on May 16, 1927. "He is a very smart young fellow," commented Calder. "He feels he's nearing the end of his playing career. He knows the game. He'd like to continue in Hockey and I think he'll make a real good coach."

At first, the team struggled under his leadership, making the playoffs only two times in his first five years at the helm. A name change to the Detroit Falcons in 1930 did not improve the team's performance. Detroit's fortunes changed in 1932, when Chicago grain merchant James E. Norris bought the Falcons and renamed them the Detroit Red Wings. Norris gave the Red Wings the financing they needed to become an NHL power. Adams led the team to three Stanley Cups before stepping down as coach in 1947 to concentrate on his duties as general manager. His coaching career tallied 413 wins, 390 losses and 161 ties, including a 52–52–1 coaching record in the playoffs. Most of those wins came without a contract; when Norris bought the team he'd torn up Adams' contract and given him a year on his job on probation and a handshake. As it turned out, one year became 15 years. Adams is the second-most winningest coach in Red Wings history, behind Mike Babcock.

Adams had also been involved in an incident in 1942, when he had an outburst due to his belief of biased penalty calling, which led to a fit of rage and ultimately a referee getting punched in game three of the 1942 Stanley Cup Final, becoming the first coach to be suspended in a Final.

It took some time, but Adams sold the game of Hockey in the Detroit market, employing a strong scouting staff and a farm system that nurtured young talent before breaking them into the NHL. Once the team had developed a competitive line-up, the city embraced the team and the game, and Adams paraded through season after season of winners.

The farm team system trained Alex Delvecchio, Terry Sawchuk, Ted Lindsay, Red Kelly, Sid Abel, and most notably Gordie Howe. It was this core group of players which led the Red Wings to seven straight regular season first-place finishes from 1948 to 1955, along with four Stanley Cups.

In 1951 the Native Americans of Chippewa County in Northern Michigan regaled Adams with an elaborate headdress, and tagged him “Chief Flying Cloud”

Adams was known for being wary of letting his teams get complacent, and was not shy about orchestrating blockbuster trades to keep them on their toes—a philosophy which won him the nickname "Trader Jack." His impulse was slightly restrained after Norris died in 1952 and was succeeded by his daughter, Marguerite Norris. She and Adams never got along very well. While she could have summarily fired Adams since he was still without a contract, she did not do so.

However, Marguerite was forced to turn over control of the team to her younger brother, Bruce Norris, in 1955 after losing an intrafamily struggle. Marguerite did get her named engraved on the Stanley Cup twice as team president in 1954 and 1955. Bruce voiced full confidence in Adams, and the trading resumed anew. During their seven-season run in first place, many thought the Red Wings would rule the league for years to come.

In 1957, when Adams discovered that Ted Lindsay was president of a new players' association, he traded Lindsay to Chicago because of his union-organizing efforts and other players affiliated with the effort were being sent to the minors. As part of the union busting efforts, Adams spread fake rumours attributing Lindsay as criticizing his former team-mates. Adams also showed a fake contract to Detroit reporters, claiming Lindsay was being paid $25,000 per year, when he was being paid $13,000. These efforts are dramatized in the 1995 TV movie Net Worth.

The efforts resulted in most of the core of this team leaving town and eventually led to Adams being fired in 1962. His 36-year tenure as general manager is the longest in NHL history. Adams had wanted to choose his own time to retire and select his successor, but was retired on full salary by the Red Wings at the end of the 1961-62 season. "After being happily engaged in professional Hockey for 44 years, I now feel that the time has come for me to bow out," he announced at the time. But there was more to the story, and every shred of evidence points to the decision to retire being made for him by Bruce Norris, owner and president of the Detroit Red Wings.

Adams left the franchise in great shape. That spring, although the Red Wings missed the playoffs, both of their junior franchises faced each for the Memorial Cup. The eventual winners, the Hamilton Red Wings, featured Paul Henderson, Lowell Macdonald and Pit Martin. The Edmonton Oil Kings included Glen Sather.

Adams left a phenomenal legacy, which included seven Stanley Cup championships, twelve first place finishes and missed the playoffs but seven times. The franchise participated in post season play every season from 1939 to 1959.

Adams undertook an ambitious new job in 1963 when he was selected as president of the Central Professional Hockey League, a league he helped found. "I'm not ancient," he chuckled. "I feel fine about this new job. I think I can do some good for the league." Using the formula with which he had been so successful in Detroit, Jack stated, "The purpose of this league will be to develop players. Youth is the lifeblood of the NHL." Among those who stepped into the NHL from the CPHL are Gerry Cheevers, Phil Esposito, Serge Savard and Rogie Vachon. The CPHL's championship trophy was called the Adams Cup in honor of the CPHL's founding president Jack Adams.

In 1966, the New York Rangers presented the Lester Patrick Trophy to be awarded to recognize outstanding service to Hockey in the United States. Jack Adams was the inaugural recipient.

In 1974, an annual award was presented which would honour the NHL coach judged to have contributed most to his team's success. The prestigious trophy was named the Jack Adams Award.

Jack Adams was inducted into Canada's Sports Hall of Fame in 1975.

Jack Adams was inducted into the Northwestern Ontario Sports Hall of Fame in 1985.

Jack Adams was inducted in the Hockey Hall of Fame in 1959.