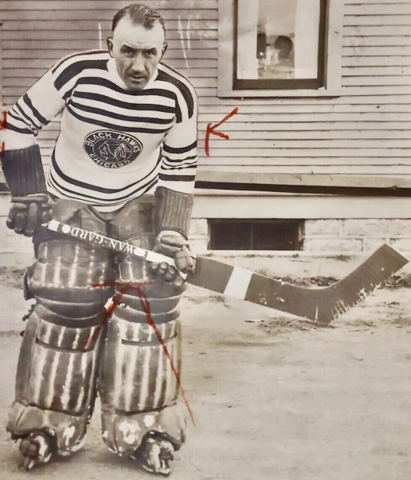 The PCHA merged with the WCHL, which became the WHL in 1925, and then the league folded in 1926 and Lehman signed with the newly formed Chicago Black Hawks for their inaugural NHL season in 1926-27.

Lehman got his 1st shutout vs Montreal Canadiens on December 11, 1926 at The Forum in a 3-0 Chicago win. Lehman had 5 shutouts in his first NHL season.

Hugh Lehman was inducted into the Hockey Hall of Fame in 1958.

NOTE
Lehman was among the first goalies to leave his net to play the puck and earned the nickname "Old Eagle Eyes" because of his ability to spot loose pucks that were shot in, track them down, get control and then pass up ice to his teammates.