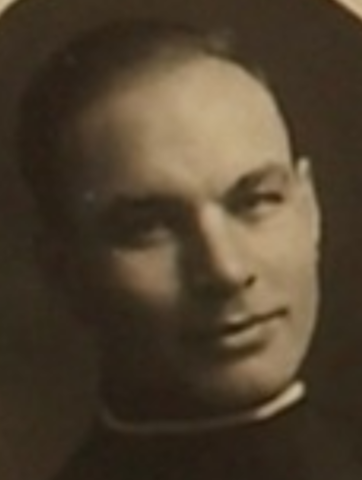 Nighbor began his stellar Hockey career with the Pembroke Debating Club Hockey Team for the 1907-08 season with 5 goals and 4 assists in 6 games.

Nighbor stayed in Pembroke until he first played professionally for the Port Arthur Bearcats of the Northern Ontario Hockey League in 1911. Fellow Pembroke native Harry Cameron was invited to play for Port Arthur but refused to go without Nighbor. The club agreed to bring Nighbor along, but they left him on the bench until injuries gave him an opportunity to play. He made the most of his opportunity by registering six goals in his first appearance.

After being signed by the Toronto Blueshirts of the National Hockey Association / NHA in 1912, Nighbor again wasted little time in making a good impression. As a 19-year-old rookie, he scored 25 goals in 17 games, including six against the famous Montreal Wanderers on February 15, 1913, in a 10-3 Toronto romp.

Nighbor was a excellent defensive forward and a master hook-checker and poke-checker, skill's he learned from ex-teammate Jack Walker, who originated and perfected the hook-check and was also a poke-check expert, though in reality his poke-check was more of a sweeping hook (hook-check). Nighbor and Walker played together, first with the Port Arthur Bearcats in 1911, and later as Toronto Blueshirts in 1912. Nighbor perfected Walker's defensive strategies, and perhaps got more credit but only because he plied his trade in the National Hockey League. Walker only played in 80 NHL games over 2 seasons, scoring just 5 goals. Nighbor would refine the hook-check and make it his own, thwarting some of the greatest stars of that period.

In a startling move, the Vancouver Hockey Club (Vancouver Millionaires) of the Pacific Coast Hockey Association / PCHA were able to lure Nighbor away from Toronto the next season. He accounted for 33 goals in 28 games on the West Coast and was a vital member of the squad during its 1915 Stanley Cup championship. His work with linemates Cyclone Taylor and Mickey MacKay tormented the opposition and delighted the Vancouver fans. Nighbor recorded four goals in Vancouver's three-game domination of the Ottawa Senators in the Stanley Cup championship series.

Nighbor returned east after the 1915 Stanley Cup series and joined the Senators, whom he would play for until 1930, and was a important part of the dynasty of the 1920s winning four Stanley Cups. He had his best season in 1916–17, scoring 41 goals in 19 games, finishing tied for the league lead with Joe Malone. In 1919–20 he scored 26 goals and 15 assists in just 23 games, then had a further 6 goals in 5 playoff games and led the Senators to their first Stanley Cup in the NHL. Nighbor would win the Stanley Cup again with Ottawa in 1921, 1923, and 1927. Nighbor was brilliant in the 1920 Stanley Cup challenge versus the Seattle Metropolitans when he registered six goals in a hotly contested five-game series. The following season, his checking was crucial to Ottawa's successful Stanley Cup repeat in a low-scoring five-game series against the Vancouver "Millionaires". At the conclusion of the 1922-23 schedule, the Senators faced the renamed Vancouver Maroons in the semi-finals and the Edmonton Eskimos in Stanley Cup championship, winning game 1 in overtime and game two 1 to 0.

In the match-up against Vancouver, Nighbor scored the winning goal in the critical fourth game to tie the series at two games apiece. Ottawa seized the momentum and captured the deciding game 5-1. In Ottawa's triumph over the Edmonton Eskimos in the next challenge, Nighbor emerged as the victor in the highly anticipated match-up with Duke Keats. This victory was also attributed to the intimidating play of his linemate, Punch Broadbent.

Following the 1922-23 season, Frank Nighbor became the first-ever winner of the Hart Trophy as the most valuable player in the NHL.

Late in the 1925 season, Lady Byng, wife of the Governor-General of Canada and an avid Senators fan, invited Nighbor to Rideau Hall after a game. She showed Nighbor an ornate trophy and asked him if he thought the NHL would accept it as an award for its most gentlemanly player. Nighbor said he thought it would be a good idea—and to his surprise, Lady Byng presented him the trophy on the spot, making him the first winner of the Lady Byng Trophy. Nighbor repeated as the Lady Byng Trophy winner in 1925-26.

Nighbor won his fourth Stanley Cup with Ottawa in 1926-27 after a final series victory over the Boston Bruins.

In 1929–30, Nighbor was traded to Toronto Maple Leafs, as part of the fire sale of the failing Senators for Danny Cox and cash. He played 22 games for the Maple Leafs and retired in the off-season.

Nighbor turned his attention to coaching in the 1930s with the Buffalo Bisons and the London Tecumsehs of the old International-American Hockey League and the New York Rovers of the Eastern Hockey League.

A street in Ottawa's Kanata neighbourhood is named in memory of Nighbor - "Frank Nighbor Place."

Frank Nighbor was inducted into the Hockey Hall of Fame in 1947.

Frank J. Nighbor was inducted into the Ottawa Sport Hall of Fame in 1966.

Frank Nighbor was inducted into Canada's Sports Hall of Fame in 1975.