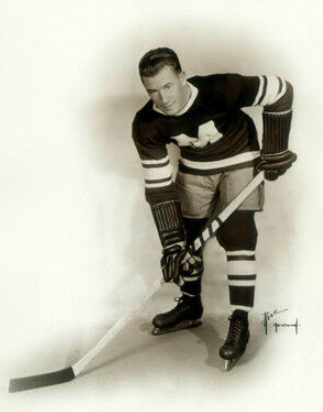 Roche was a Member of the senior amateur Montreal AAA, 1930 Allan Cup champions.

Roche turned professional for the 1930-31 season with the Montreal Maroons, playing in 20 NHL games before being sent to the Windsor Bulldogs of the International Hockey League / IHL to finish the season.

Roched played the 1931-32 season with the Bulldogs, and then started the 1932-33 season in Windsor before he returned to the Montreal Maroons, playing just 5 games before they traded him to the Ottawa Senators for Wally Kilrea, February 3, 1933. The original Senators became the St. Louis Eagles in 1934, with Roche playing 7 games to start the season with the Eagles, when he was traded to the Boston Bruins with Max Kaminsky for Joe Lamb, December 4, 1934, and then traded to the Montreal Canadiens by Boston for cash, December 8, 1934.

During that season, Roche was again traded to the IHL Buffalo Bisons by Montreal for cash, December 26, 1934, and then traded again to the Detroit Red Wings by Buffalo (IHL) for cash, January 1, 1935. Roched played 15 games for the Red Wings, 3 games for the IHL London Tecumsehs, and finished the season with the IHL Detroit Olympics.