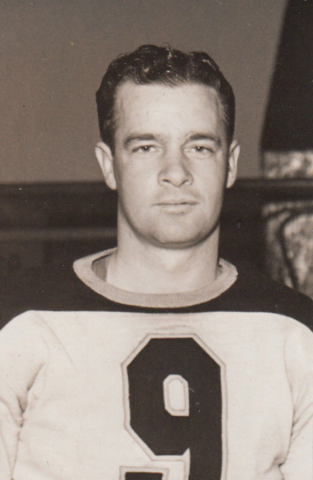 Goldsworthy grew up in Edmonton, Alberta, learning his Hockey skills there through minor and junior Hockey, where he played with the Edmonton Victorias.

Goldsworthy turned pro in 1925, playing with the Western Hockey League / WHL Edmonton Eskimos, which turned out to be the final year of the original WHL league.

Goldsworthy then joined the Springfield Indians of the Canadian-American Hockey League / Can-Am from 1926 to 1929. The Indians finished in 1st place during the 1927-28 regular season, with Goldsworthy scoring 8 goals, 5 assists, but during the next season the New York Rangers took notice of his play during the regular season, as he scored 9 goals, 7 assists, and they invited him to join them for their playoffs, playing in 1 game in 1929. Goldsworthy would play for the Rangers during the 1929-30 season, appearing in a total of 48 games.

From 1931 to 1933, Goldsworthy played for the Detroit Olympics and the new NHL Detroit Red Wings, and then traded to the Chicago Black Hawks by Detroit with Frank Waite for Gene Carrigan, October 19, 1933. During the 1933-34 season, Goldsworthy continued to play for the IHL London Tecumsehs and also the Black Hawks. In Chicago, Goldsworthy played a important role as a checker down the stretch towards the playoffs, and played in 7 games for the Black Hawks during the 1934 playoffs, as Chicago won the 1934 Stanley Cup championship.

Goldsworthy was then traded to the Montreal Canadiens by Chicago with Roger Jenkins and Lionel Conacher for Howie Morenz, Marty Burke and Lorne Chabot, October 3, 1934, and then traded back to Chicago by Montreal for cash, October 17, 1934, and then traded again to Montreal by Chicago for cash, December 18, 1934. During this time, Goldsworthy also played for the London Tecumsehs, but had his finest NHL season point wise in Montreal to finish the season with 20 goals, 9 assists (33 games) and 1 goal in 2 playoff games, while playing with George Mantha and Armand Mondou.

Goldsworthy played 1 more season in Montreal, before they traded him to the Boston Bruins with Sammy McManus and $10,000 for Babe Siebert and Roger Jenkins, September 10, 1936.

Goldsworthy played in Boston for 2 seasons before they traded him to the New York Americans with the loan of Art Jackson for the 1938-39 season for cash, October 24, 1938, and played 1 season in New York.