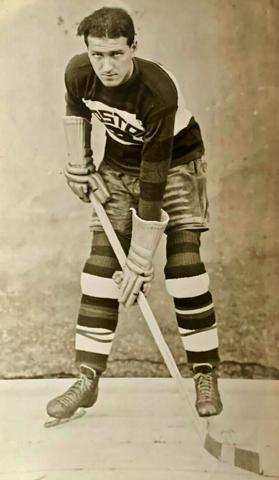 Jerwa was traded by the Lions to the NHL New York Rangers with Red Beattie for $25,000 on May 6, 1930. He made his NHL debut on December 14, 1930 vs the Detroit Falcons, also scoring his 1st NHL goal vs Dolly Dolson, the game winner in a 3-0 win at Madison Square Garden.

Jerwa played 37 games for the Rangers during the 1930-31 season, scoring 4 goals, 7 assists. Jerwa also played 9 games with the Rangers affiliate, the Springfield Indians of the Canadian-American Hockey League / Can-Am.

Jerwa was then traded to the Boston Bruins by the Rangers for Norman "Dutch" Gainor, August 25, 1931. Jerwa would play only 11 games for the Bruins with 0 points, and sent to their affiliate, the Boston Cubs of the Can-Am to finish the season, where he scored 7 goals, 15 assists, and another 2 goals, 2 assists in the playoffs.

Jerwa was then traded to the Cleveland Barons (IAHL) for cash, October 12, 1939, and would play his final 3 seasons there before retiring in 1942.