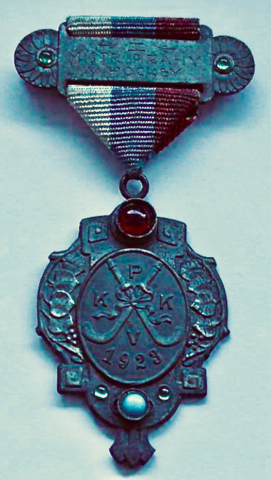 The actual medal has 2 crossed Bandy Sticks with the letters PKKV and 1923.

Prague had been famous for it's Bandy teams (early type of Hockey) in the late 1800s and early 1900s. These teams and clubs would be fully replaced by ice Hockey teams/clubs by 1922.