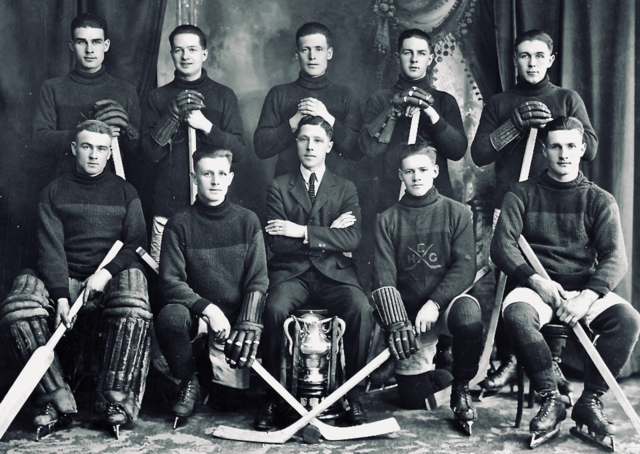 NOTE - The Enderby Hockey Club were the 1st winners of the Coy Cup, awarded to the Senior B champions of British Columbia. The trophy was donated to the British Columbia Amateur Hockey Association by Colonel Coy of the 50th Gordon Highlanders (now the 16th Scottish) of Victoria, British Columbia.