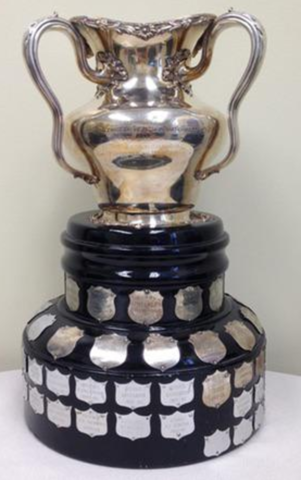 The trophy was donated to the British Columbia Amateur Hockey Association by Colonel Coy of the 50th Gordon Highlanders (now the 16th Scottish) of Victoria, British Columbia. The Coy Cup was first awarded to the Enderby Hockey Club in the 1922-23 season.

The Coy Cup is the Senior AA championship of British Columbia, formerly known as Senior B until 1983. The winner of the Coy Cup for some time competed for the now-defunct Hardy Cup National Championship.

In 2017 the Whitehorse Huskies became the first team from outside BC to win the Coy Cup.