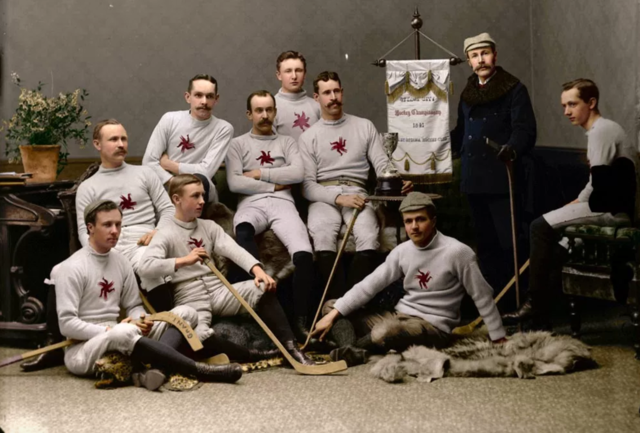 The Ottawa Hockey Club wore Hockey sweaters with the logo of a Triskelion.
A triskelion is the symbol of the Isle of Man, Brittany, where James Stanley, 10th Earl of Derby was a ruler.
As Christianity came into the forefront in Ireland before the 5th century, AD, the triskele took on new meaning, as a symbol of the Trinity: Father, Son, and Holy Spirit, therefore, also a symbol of eternity. Its popularity continues today as a decorative symbol of faith for Christians of Celtic descent around the world.