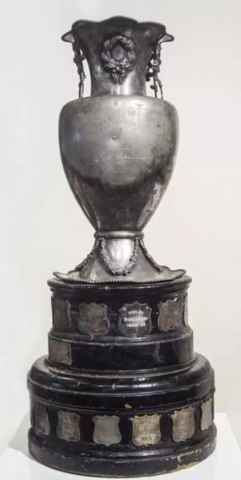 The Maclaren Cup, was a trophy that for more than 50 years was presented annually to the winners of the Lower Ottawa Hockey Association, a senior league that predated professional Hockey.

The trophy was found in 2017 at Régimbal Awards and Promotions in Ottawa, Ontario.
It is missing the original Hockey player that would have stood at the top of the trophy.