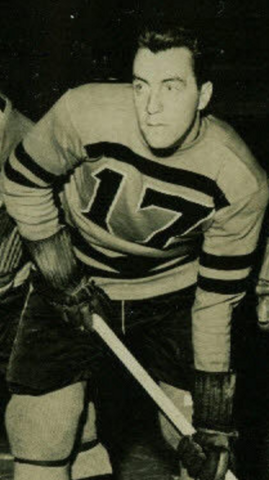 Anslow played for various amateur teams in his hometown (Pembroke Lumber Kings, Pembroke Dairy, Pembroke Maple Leafs & Pembroke All-Stars) from 1939 to 1946, except for 1944-45 when he served in the Canadian military.

From 1946 to 1948, Anslow played for the New York Rovers and was called up for two games by the New York Rangers, scoring no points.

Anslow played 1 season for the Tacoma Rockets, scoring 18 goals and 42 assists in 66 games.

Alslow then signed with the St. Paul Saints for the 1949-50 season, before joining the AHL New Haven Ramblers late in the season.

Anslow the joined the Kansas City Royals for part of the 1950-51 season, then joining the Calgary Stampeders late in the season.