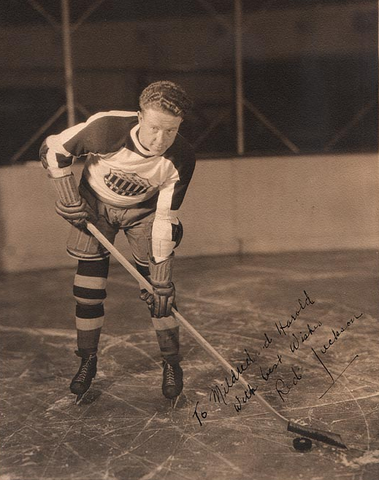 Jackson moved to Winnipeg, Manitoba as a boy. He learned the game in the local minor Hockey system then played senior with the city's CPR Hockey team, Elmwood Maple Leafs, and the Winnipeg Native Sons team.

Jackson gained his pro experience after signing on with the St. Louis Flyers of the AHA in 1930.

Jackson then played for the Syracuse Stars, Cleveland Falcons of the IHL, and the Boston Cubs of the Can-Am league in the 1934-35 season.

Jackson was acquired by the Boston Bruins where he dressed for two games in 1935-36. He soon found himself back in the minors after the Bruins transferred his rights to the London Tecumsehs of the IHL as compensation for signing Rey Getcliffe.

Jackson then played for the Minneapolis Millers & again with the St. Louis Flyers of the AHA before retiring in 1938.