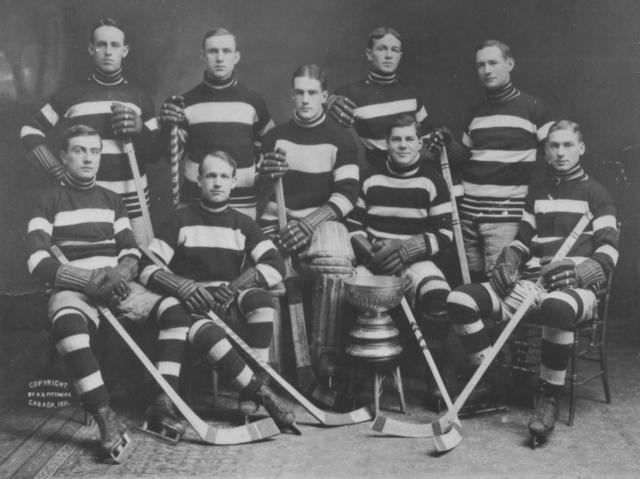 The 1910–11 NHA season was the second season of the now defunct National Hockey Association.

This was the year the NHA games were changed from two periods of 30 minutes, to three periods of twenty minutes, with ten minute rest periods.

The Spalding Hockey puck was adopted as the standard puck.

After the season, The Ottawa Senators and the Montreal Wanderers played a 2 game exhibition series in Boston on March 22, 1911 and March 25, 1911. These 2 games would be the 1st Profession Ice Hockey games being played in Boston history. Ottawa had picked up Cyclone Taylor from Renfrew to play in the Boston exhibition games

Sourced from http://collectionscanada.gc.ca. Credited to A. G. Pittaway.