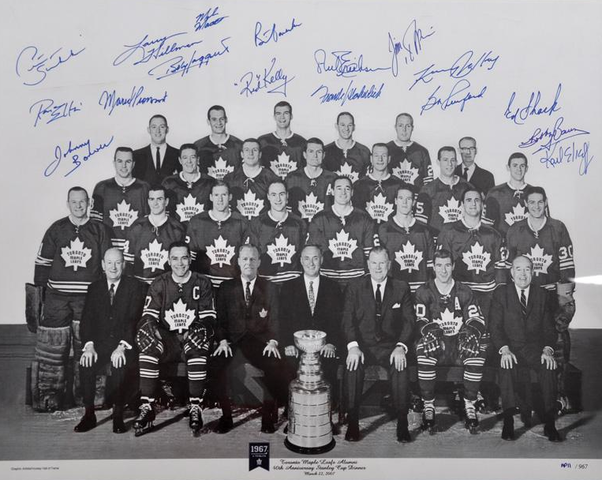 The average age of the Maple Leafs' players was 31, the oldest lineup to win the Stanley Cup. Johnny Bower was 42 and Allan Stanley was 41. Dave Keon won the Conn Smythe Trophy.

Montreal won the opener 6–2, soundly trouncing Toronto. For the second game, Terry Sawchuk was replaced with Bower and provided the Leafs with a shutout win 3–0. Bower was in net for game three won 3–2 on Bob Pulford's overtime goal. This game has been described as "one of the most exciting games ever played".

Bower was injured before game four and Sawchuk had to take over. Al Smith was called up from the minors to served as back-up for the fourth and fifth games. The Canadiens defeated the Leafs 6–2 again, this time in Toronto to even the series. Sawchuk would play very well in the next two games, backstopping the Leafs to the Cup. In the sixth game Bower returned to the line-up as back up. Jim Pappin scored his seventh goal of the playoffs and Sawchuk stopped 41 shots helping Toronto win the Stanley Cup. Pappin had four goals and four assists in the Final series.