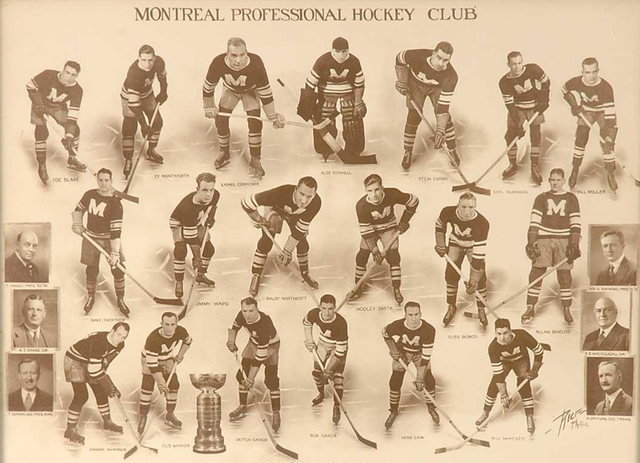 For the 1934-1935 season, the Maroons hired Tommy Gorman as coach, who had coached the Chicago Black Hawks to the Championship the previous year. The Maroons finished the season in second place behind Ottawa. In the playoffs, the Montreal Maroons defeated Chicago with defensive Hockey, defeated the New York Rangers at wide-open (offensive) Hockey, and then defeated the Toronto Maple Leafs, who Gorman considered as one of the best Hockey teams of all time, in three straight games.

The Maroons won their second Stanley Cup; Gorman remains the only coach in history to win back-to-back Cups with two different teams. The Maroons team were the last team to win the Cup without a loss in the playoffs for 17 years.

Gorman called this Maroon team "the greatest team that ever stepped on the ice.