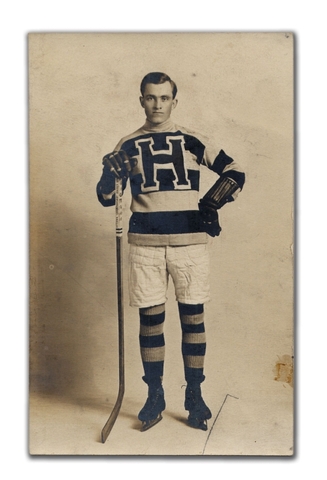 Born in Winnipeg, Manitoba, Bawlf first played senior amateur Hockey for Winnipeg of the Manitoba Senior Hockey League in 1903. In 1905, he moved to Ottawa to study at Ottawa College, playing for three seasons with the College. He contracted Typhoid Fever in 1907 and did not play that season.

Bawlf became a professional with Haileybury in 1910. He played two seasons for the club, the first in the NHA and the second in the Timiskaming Professional Hockey League (TPHL) after the club left the NHA. In 1911–12, he played for Fort William of the Northern Ontario Hockey League, before returning to the NHA with the Toronto Shamrocks. He was released in mid-season from the Shamrocks and joined the Canadiens. The following season he joined the Wanderers before leaving to enlist in the army.

After his time in the army ended, he became coach at Queen's University of Kingston, Ontario. In 1920, he joined Cornell University where he coached until 1947.

Bawlf also coached the Cornell lacrosse team from 1920 until 1939.