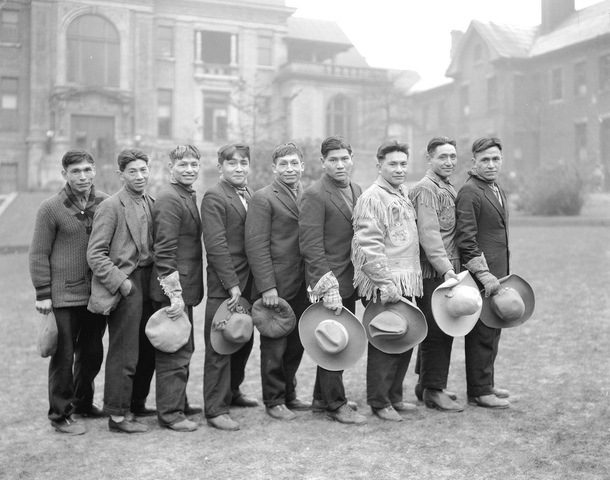 The Alkali Lake team had travelled to Vancouver to play a exhibition game vs the Commercial All-Stars, a team of players from Vancouver's fledging Commercial Hockey League which played out of The Forum building at the Pacific National Exhibition / PNE grounds. The game was played on January 15, 1932 to a sold out arena. Squamish Chief Joe Mathias, dressed in full regalia dropped the ceremonial puck, and Andy Paull another Squamish leader played music with his large band, before the game and between periods. The Vancouver team defeated the Alkali Lake team 2-1. This was the first time the Braves had ever played indoors, or on artificial ice.

The Braves played in the Central Interior Hockey League, which was played in the Cariboo region of British Columbia. It featured 4 teams - Alkali Lake Braves, Clinton Bluebirds, Quesnel Warhorses, and Williams Lake Hopefuls.