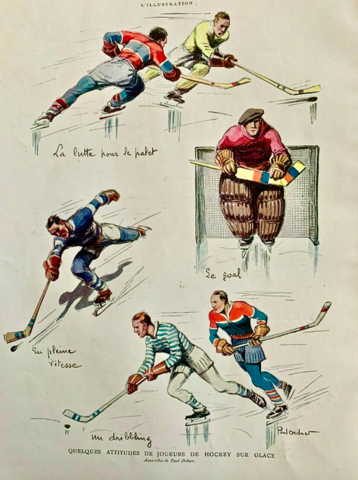 From a French publication / magazine 1932

Ordner focused his artistic talents on sports, humorous and political drawings for many magazines, posters, postcards etc. He also specialized in cartoons, and was hunted by the Germans in WWII, as following the rise of Nazism, in order to denounce anti-Semitism, his cartoons published in Le Rire are increasingly violent, even showing unfavorable caricatures of Adolf Hitler. His drawings, denouncing what is happening in Nazi Germany, in the journal Marianne are signed with the pseudonym Rendro (his name reversed).

Original Paul Ordner art is quite valuable, and has been sold by many auctions houses, including Christies.