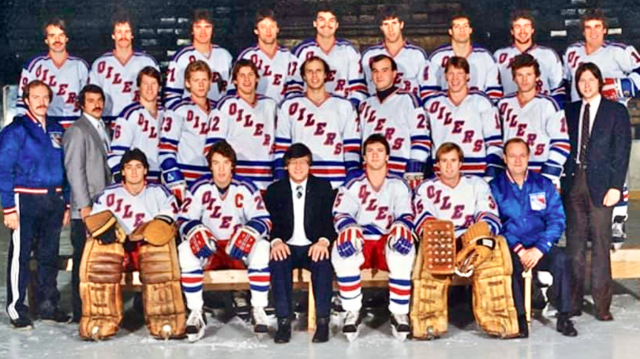 NOTE
The Tulsa Oilers would claim to be bankrupt in February, 1984 and the league would take over the team, calling them the CHL Oilers, as they had no home rink now, playing out the season on the road and practicing in a shopping mall skating rink with tennis and / or nerf balls.

In a magic run to finish the season and The Beezer (Vanbiesbrouck) standing on his head in goal, basically shutting the door, the Oilers captured the 1984 Adams Cup as CHL champions.