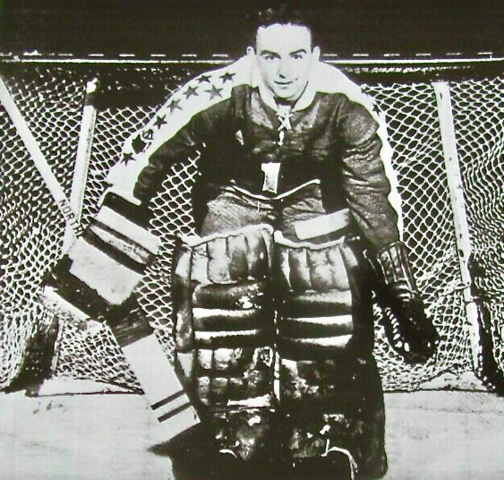 Mayer played junior B Hockey with the Hull Volants from 1944 to 1946, and spent a season in the New York State junior circuit with the Lake Placid Roamers. He then spent two years with the OHA's Barrie Flyers and led the league with 26 wins in 1948-49.

Mayer began his Professional Hockey career in 1949 with the AHL Pittsburgh Hornets.

Mayer made his NHL debut with the Toronto Maple Leafs against the Detroit Red Wings on December 1, 1949, after being called up from the Hornets. Toronto's regular goalie, Turk Broda, was suspended for weighing 197 pounds. The Maple Leafs had a weight limit of 190 pounds. Broda, 35, was the oldest active NHL goalie at the time.

On October 21, 1954, Mayer was brought up from Pittsburgh to substitute for injured Toronto goalie Harry Lumley. As a replacement Mayer was all that could be asked and he was given practically faultless support by his fast-skating mates. The Maple Leafs surprised a Montreal crowd of 14,004 by defeating the Montreal Canadiens, 3-1, in a game which Harry Watson scored his 200th career goal.

Mayer was recalled to see action in nine games in the NHL with the Maple Leafs where he posted a career record of 2-6-1 with a 2.78 GAA.

Five times in a six-year span, beginning in 1950-51 at the age of 20, Mayer captured the Harry "Hap" Holmes Award, which was at the time presented to the goaltender who led the league in goals against. This is a 1st all-time record. Mayer was 2nd all time in AHL Regular Season Play in the following categories: 14 seasons, 680 games, 346 wins, 41 shutouts. Mayer's victory total is actually slightly higher, but statistics from the 1958-59 season remain incomplete. He was also 2nd all time in AHL Playoffs in these categories: 80 games, 50 wins, 6 shutouts.

Mayer posted 30 wins in a season seven different times, including a memorable 46-19-3 campaign with the Pittsburgh Hornets in 1951-52. He led them to the Calder Cup championships that season and again in 1955.

When the Hornets folded following the 1955-56 season, Mayer joined future AHL Hall of Famers Frank Mathers and Willie Marshall in making the move from Pittsburgh to Hershey. He spent three seasons with the Bears, playing on teams that went on to win the Calder Cup in 1958 and 1959, although he did not see any postseason action either year.

Mayer played the next two years (1959-61) in Cleveland for the Barons, and in 1959, Mayer became the first goalie in the AHL to wear a Goalie mask.

Mayer spent the next two seasons after that in Providence before retiring in 1963, Mayer trailled only Johnny Bower in all-time AHL wins and shutouts (41) when he hung up the pads.

In 2007, Gil Mayer was honoured as one of the first seven inductees into the AHL Hall Of Fame.