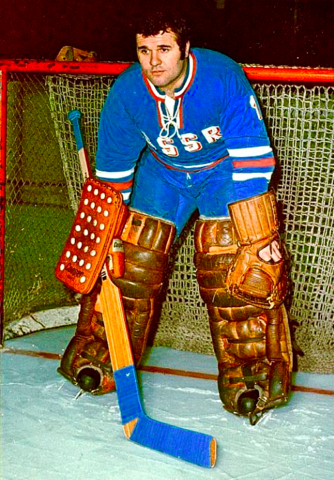 At the 1965 IIHF World Championships, Dzurilla was named Best Goaltender.

Dzurilla was named to the IIHF World Championship Media All-Star Team in 1965 and 1969.

Dzurilla holds the Czechoslovak Extraliga record for goalies with 571 games played during a 19 year period.

- Toni Kehle Cup Winner in 1980, 1981 with SC Riessersee as top goaltender in Eishockey-Bundesliga.

Dzurilla is best known for shutting out Team Canada 1-0 at the 1976 Canada Cup round-robin game on September 9, 1976

Vladimír Dzurilla was elected to the International Ice Hockey Hall of Fame in 1998.

Vladimír Dzurilla was inducted into the Czech Hockey Hall of Fame in 2010.