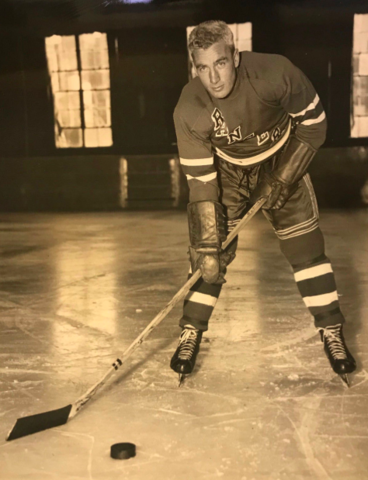 After the war, they both returned the Rangers, this time as defenseman, the first pairs of brothers to ever do so in the NHL. Neil was adept at both defence and offense. Previously, he was erroneously reported here to be the first player to be named to All-Star Teams as both a forward and a defenseman; though he did indeed accomplish the dual feat, the first to do so was the venerable Dit Clapper in 1931/1938.