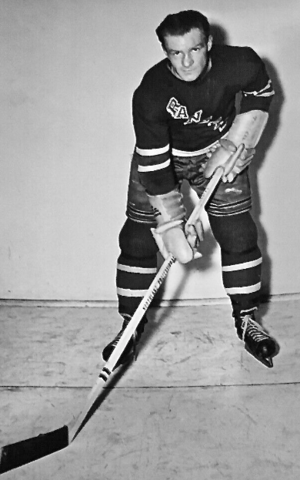 Trudell played junior Hockey for the Kildonan Stars, St. James Canadians, and Portage Terriers from 1935 to 1939.

Trudell turned pro with Great Britain's Harringay Racers in 1939-40 in England, and then returned to North America to play for the Toledo Babcocks in 1940-41. In 1941-42 Trudell played for the senior Yorkton Terriers and then spent three seasons starring with the Winnipeg RCAF Bombers team during WWII.

In 1945-46 he went to play for the New York Rovers where he scored 61 points in 40 games. That earned him a 16 game call-up to the New York Rangers. He played the next two seasons for the Rangers.

In 1948 he was traded to the Toronto Maple Leafs, who then sold him to the AHL Springfield Indians where he played in 1948-49.

Trudell retired at the end of the season.