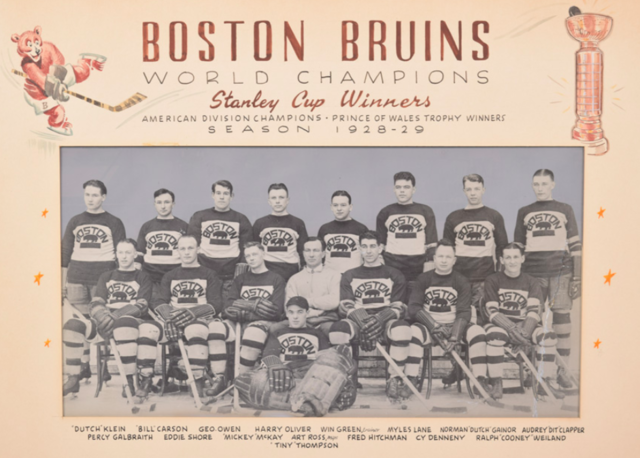 The 1929 Stanley Cup Finals was played by the defending champion New York Rangers and the Boston Bruins.

This was the first time in Stanley Cup history that two American-based teams met in the Final. Boston won the series 2 games to 0 to win its first championship.

Bill Carson scored the Stanley Cup winning goal in game 2, at 18:02 of the 3rd period, and Tiny Thompson posted the third Stanley Cup shutout for a rookie in game 1.