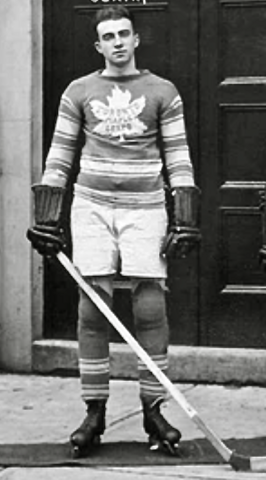 Blair made his NHL debut with the Toronto Maple Leafs and scored his 1st NHL goal on November 15, 1928 vs Charlie Gardiner of the Chicago Black Hawks at Arena Gardens. His goal at 13:20 of the 2nd period was the game winner in a 2-0 win.

Andrew Dryden (Andy) Blair is a Honoured Member of the Manitoba Hockey Hall of Fame, inducted in 1985.