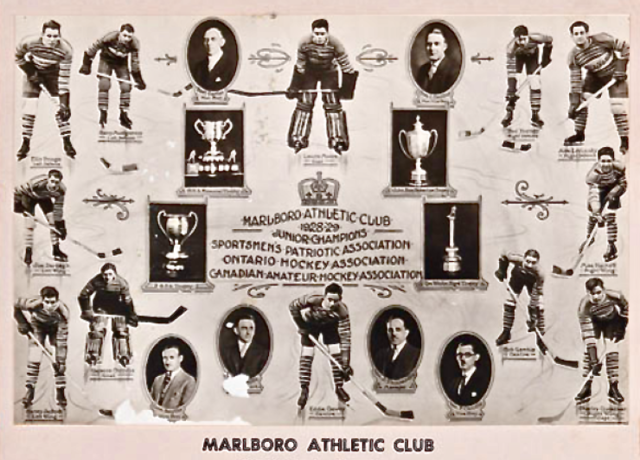 The Marlboros defeated the Elmwood Millionaires 2 games to 0 in a best of three Memorial Cup final. Harvey Jackson scored the game one winner in overtime, and Charlie Conacher scored the Memorial Cup winner in the 3rd period of game two.