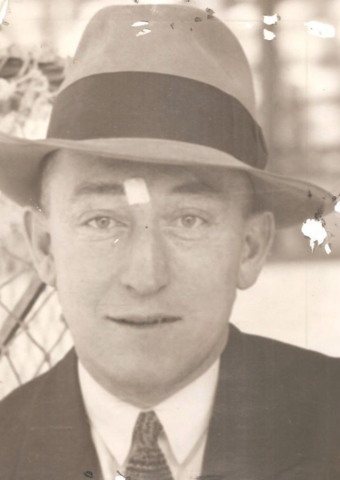 From the age of 16, Powers played senior lacrosse. He played with Victoria and Nelson in British Columbia. He returned east and started coaching lacrosse. He was coach of the 1926 Mann Cup championship team Weston Westonmen.

Powers ice Hockey coaching career began when he was employed as a youth with the Eaton's department store chain, coaching the store's own team. Powers moved on to coaching amateur teams. In 1919–20, he coached Parkdale Canoe Club senior team in Toronto. In 1920–21, he coached the Port Colborne intermediate team.

Powers then coached the Boston Westminster Ice Hockey Club in 1921-1922 and led them to the Fellowes Cup, as champions of the United States Amateur Hockey Association.

In fall 1922, the University of Pennsylvania recruited Powers to coach its Hockey and lacrosse teams. He took the job and coached the teams for two years, through the 1923-1924 season. Financial troubles at the university led to disbanding the team, but Powers was offered his first job as a professional ice Hockey coach, joining the NHL Toronto St. Patricks for the 1924-1925 season as assistant coach, and was later promoted to head coach when Charlie Querrie decided to relinquish his role and promote Powers to the top coaching position. Powers coached the St. Pat's to a winning record during his first season, when the St. Pat's finished in second place in the NHL regular season, but lost in the first round of the playoffs. Powers coached one more season with the St. Pat's in 1925-26.

Powers then moved to Boston to coach the new Boston Tigers of the Canadian-American Hockey League / CAHL to start the 1926-27 season. He coached in Boston for six seasons, winning the Henri Fontaine Trophy as CAHL champions in 1929.

Powers coached the New Haven Eagles in the 1932–33 season before moving to the Syracuse Stars organization. He coached the Stars from 1934 until 1939. During the 1936–37 season in the I-AHL, Syracuse won the F. G. "Teddy" Oke Trophy as West Division champions, and became the first ever Calder Cup champions after beating the Philadelphia Ramblers in the championship finals. The Stars reached the Calder Cup finals the following season, losing to the Providence Reds.

Powers then joined the Toronto Maple Leafs organization where he was the assistant coach in 1940–41 and during the 1942 Stanley Cup Finals.

Powers returned to head coaching in the 1942–1943 season for the AHL New Haven Eagles.

Powers death coincided with the suspension of the Eagles by the AHL. Powers health was poor but he travelled to a road game with the club on January 16 in Washington. On January 17, 1943 the day of the final game for the Eagles, Powers went out to buy a newspaper, and collapsed of a cerebral hemorrhage in New Haven, Connecticut. He died an hour later. The final game went ahead as scheduled and the Eagles won the game 9–4 over the Providence Reds after a minute of silence for Powers.
As scheduled, the team was disbanded by the American Hockey League the next day.

Powers was also a scout for the Toronto Maple Leafs and head of their farm system during his career.

The trophy for the scoring championship of the Ontario Hockey League / OHL is named the Eddie Powers Memorial Trophy.