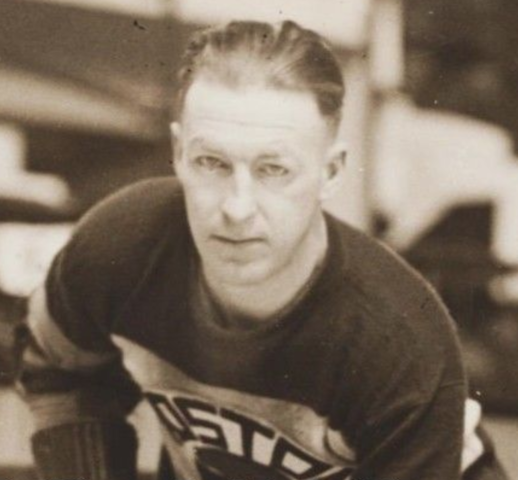 Galbraith began to show immense natural Hockey talent at a very young age. In fact he was playing in the Manitoba Senior Hockey League by the time he was just 16 with the Winnipeg Winnipegs in 1914-15 and the Winnipeg Victorias from 1915 to 1917. Beginning in the fall of 1917 he missed two years of playing time while serving Canada in World War One. When he returned for the 1919-20 season at the age of 21, he played for a year with the Winnipeg Monarchs.

In 1920-21 Galbraith began a four-year playing career with Eveleth Rangers, and one year with the Eveleth Arrowheads of the USAHA before joining the Boston Bruins of the NHL in 1926-27.

In his rookie year Galbraith was a pleasant surprise, contributing nine goals and 17 points while playing in all 42 games.

Perk Galbraith was part of the Thunderbolt Line with Marty Barry and Harry Oliver.

Galbraith won the Stanley Cup with the Boston Bruins in 1929.

In 1933 Galbraith was traded to Ottawa, but after just two games with the Senators he was released. There had been rumors that Galbraith purposely got himself released from the team. Whether true or not, he got his wish and was quickly re-signed by the Bruins where he played his final NHL season in 1933-34.

Galbraith played in a Bruins' uniform for seven years.

Galbraith continued to play competitive Hockey for another five years with the Eveleth Rangers, Wichita Skyhawks and the St. Paul Saints before he started coaching the St. Paul Saints full time in the AHA in 1939-40. Galbraith guided St. Paul to the 1940 Harry F. Sinclair Trophy as champions of the American Hockey Association / AHA.