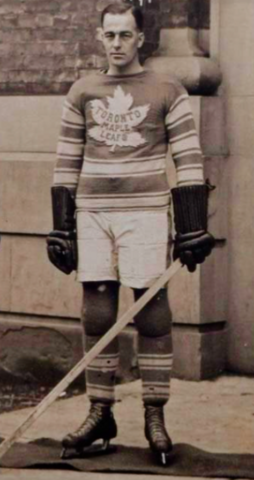 1st NHL game on November 15, 1927 playing for the New York Rangers vs Toronto Maple Leafs at Arena Gardens in a 4-2 Rangers win.