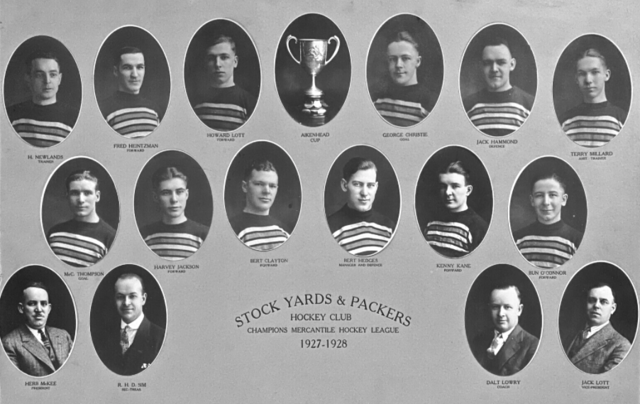 The Stock Yards & Packers was a district in Toronto that dealt with farm animals and farmers goods being transported by trains and trucks. Meat packers, fertilizer, oils - such as canola and much more.

Many Hockey leagues operated in the Toronto area to help keep moral high and entertainment for the teams families and friends. The Toronto Mercantile Hockey League was just one of these leagues.