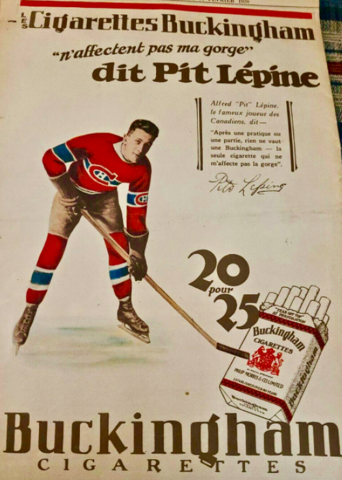 The Buckingham brand originated in the United States, produced by the American Tobacco Company. In Canada, the Buckingham trademark was held by the Canadian branch of Philip Morris, which was taken over by the Tuckett Tobacco Company, who continued to manufacture the brand. In 1929, Tuckett began their sponsorship of the Buckingham Booster Radio Orchestra. This proved to be very beneficial for the brand, as Buckingham would eventually grow in popularity to hold 80% of the Canadian market for blended cigarettes.

In 1930, Tuckett Tobacco was bought by Imperial Tobacco Canada, which made Tuckett a subsidiary company. Tuckett brought out a plain-end king-sized version of Buckingham in 1962, and continued to manufacture the brand until 1966, when Imperial closed the Tuckett Tobacco plant and took over their brands. Imperial Tobacco Canada continued to manufacture Buckingham until 1994, when they were pulled off the market (along with Player's Special Blend, Kool, and Pall Mall) after it was reported that Imperial added corn startch to the tobacco to give those brands their American taste.

In the United Kingdom, Buckingham was manufactured by Carreras Ltd., which later was bought by Rothmans. It was also manufactured in the Netherlands.