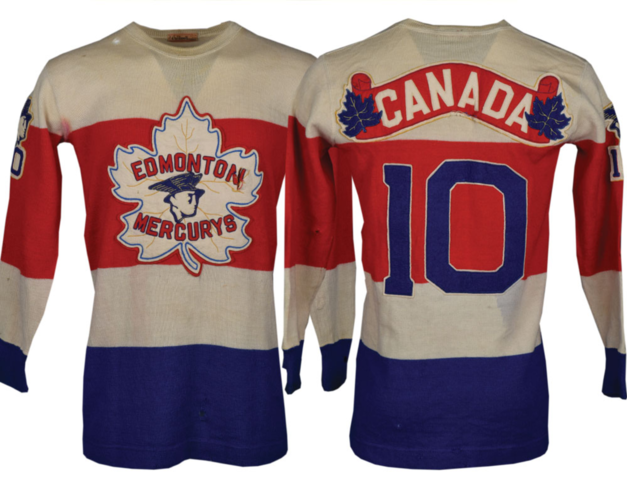 Worn by Doug MacAuley of the Edmonton Mercurys during the 1950 world championships in London, England.

The Mercurys were the first Alberta Hockey team to win gold on the international Hockey stage. During the 10-day round robin event the Mercurys won all eight games outscoring their opponents 88-5 in total.