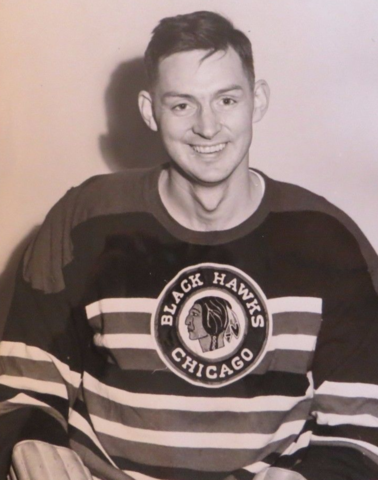 McCormack first came to Hockey prominence in 1943 when he joined the St. Michael's Majors of the OHA. He immediately became one of the team's top offensive producers and finished the year with 18 goals and 48 points in 24 games. In his second and final year of junior Hockey, McCormack played in just 15 games for the Majors, but still managed to contribute 18 goals and 41 points. McCormack was one of the team leaders throughout the playoffs and helped propel the St. Michael's Majors to the 1945 Memorial Cup championship.

McCormack had trouble breaking into a regular role with the Toronto Maple Leafs. He was with the Leafs for 4 seasons, but only played regularly in two of those, and then he only played enough to score no more than 6 goals in a season.

McCormack played for the Toronto Marlboroughs from 1948 to 1950, helping the team to the 1950 Allan Cup championship.

In 1951, McCormack was sent to the minors prior to the playoffs, playing for the Pittsburgh Hornets, but still had his name engraved on the Stanley Cup. Toronto then sold McCormack's Hockey rights to Montreal in September, 1951, playing first with the Buffalo Bisons.

He would go onto be a key defensive specialist in Montreal. In his first year he scored only twice, while in 1952-53 he only had one goal in 59 games. But he was a key player in the Stanley Cup finals as the Canadiens defeated the Red Wings. Canadiens coach Dick Irvin had Goose and Bert Olmstead on the ice any time the great Gordie Howe was out there. Their job was to shadow Howe, and never leave him unattended.

He played a total of 113 games in a Canadiens uniform until being claimed by Chicago in the 1954 Intra-League Draft. McCormack played 63 games with the Black Hawks scoring 5 goals and 12 points, but was part of a multi-player trade with Detroit in the offseason. However, the Red Wings were strong at centre and not in need of McCormack on the roster, so he spent the entire 1955-56 season in the WHL with the Edmonton Flyers, and retired at the end of the season.