Mario Lemieux with The Stanley Cup 1991 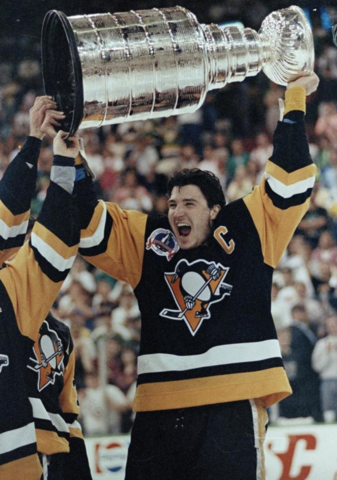 Lemieux scored 16 goals and 28 assists for the playoff lead, and led the Penguins over the Minnesota North Stars for their first Stanley Cup. Lemieux won the Conn Smythe Trophy as the playoffs' most valuable player. His 44 playoff points rank second only to Wayne Gretzky's 47 in 1984–85.

Lemieux is the only man to have his name on the Stanley Cup as both a player and an owner.