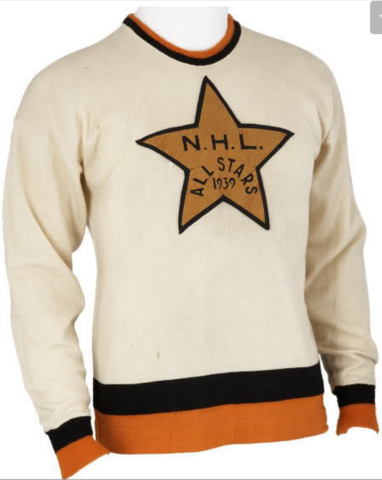 Goodfellow was a member of the Detroit Red Wings.

A memorial game took place on October 29, 1939 to benefit the family of Babe Siebert, a 14 year NHL veteran who was named coach of the Montreal Canadiens upon his retirement as a player, who drowned in Lake Huron on August 25, 1939 before he was ever able to coach the Canadiens.

The game featured the NHL All-Stars against the Montreal Canadiens who wore their normal game sweaters.

The All-Stars were given special sweaters for the game, with a bold star logo on the chest.

The All-Stars won the game by a score of 5-2 and raised $15,000 for Siebert's family, which included Siebert's wife, who was paralyzed from the waist down.